Hello! Hope everyone is healthy & safe as we get back into the groove of attending live shows again! Here are a few exciting shows we have in the works in California this Fall. Ticket links on our show page! 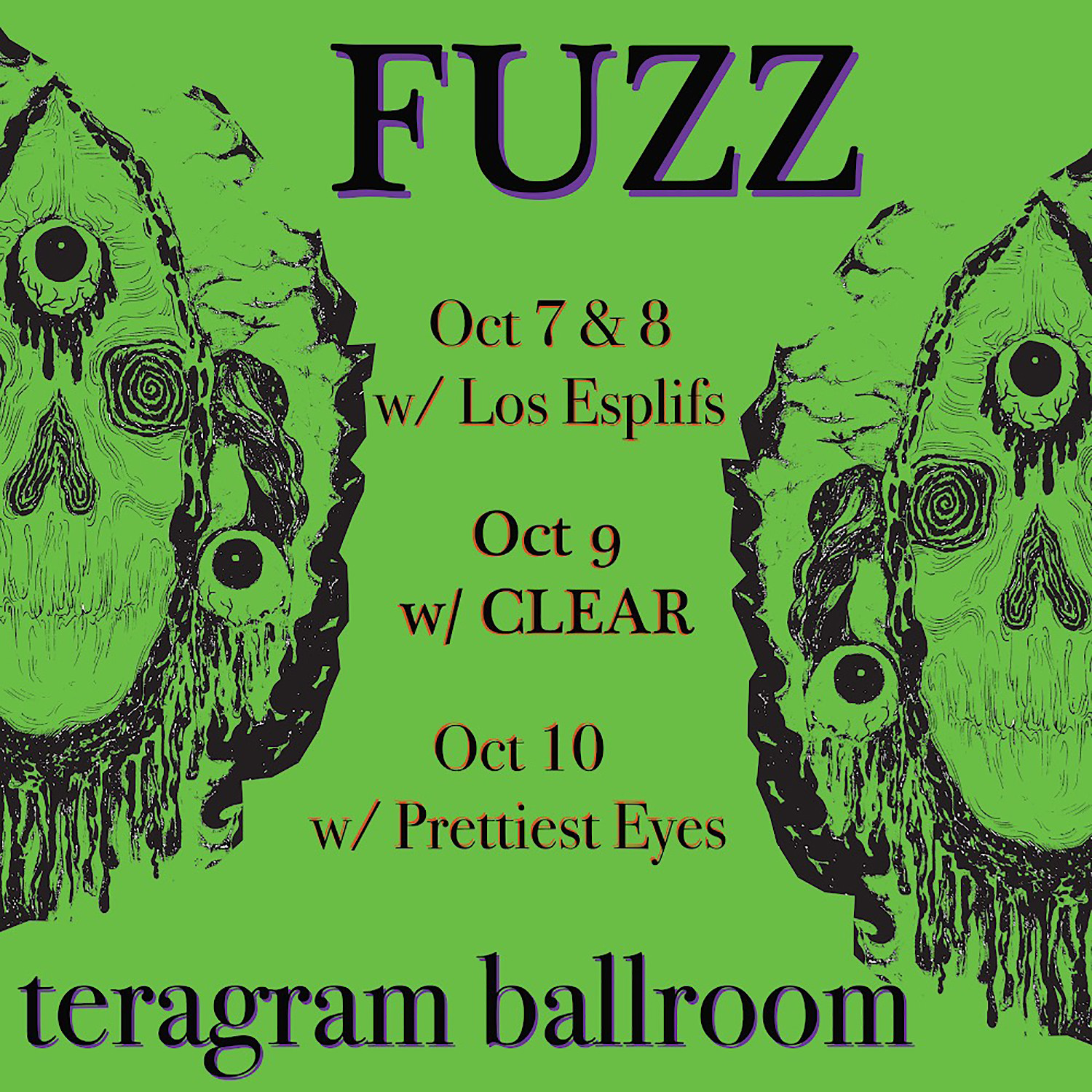 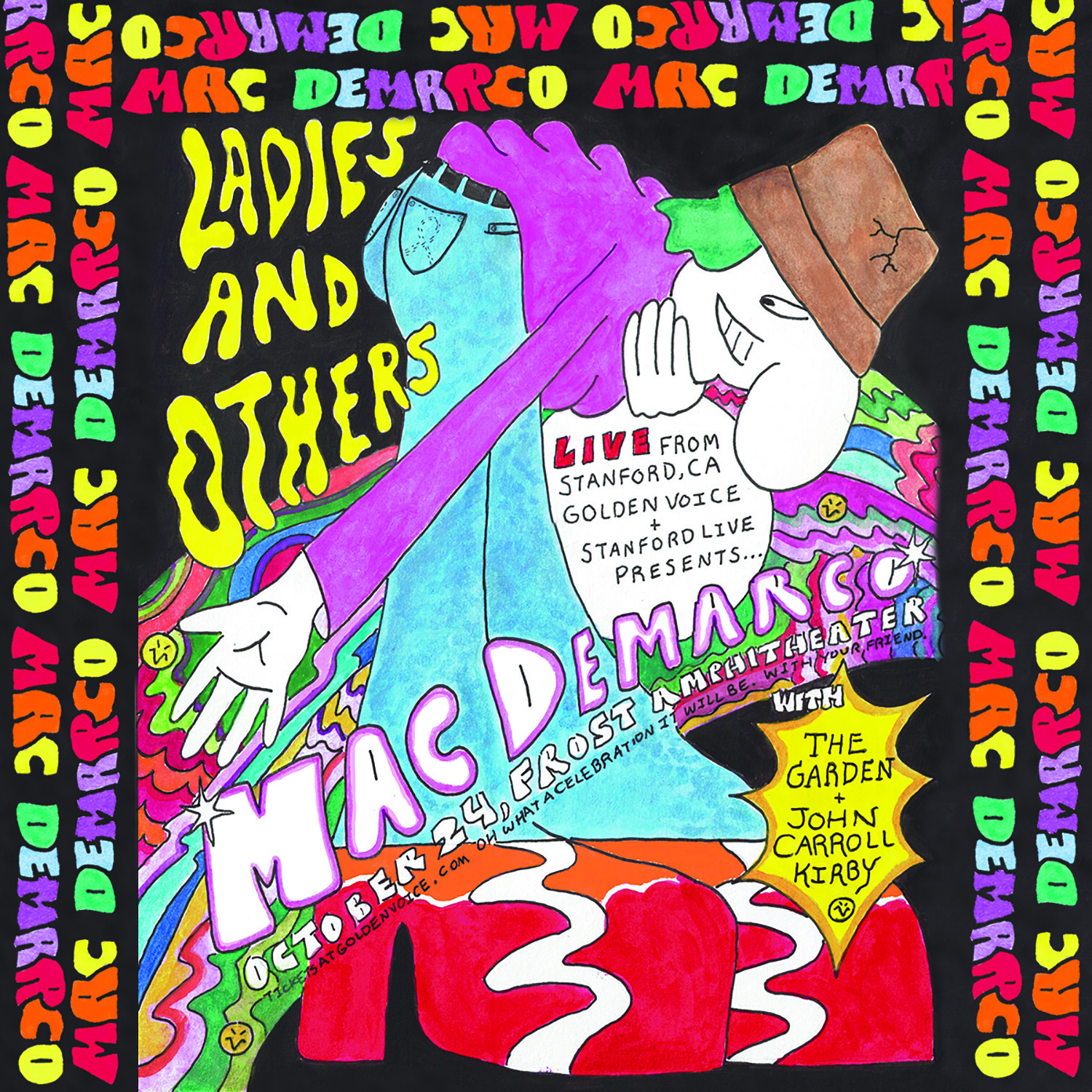 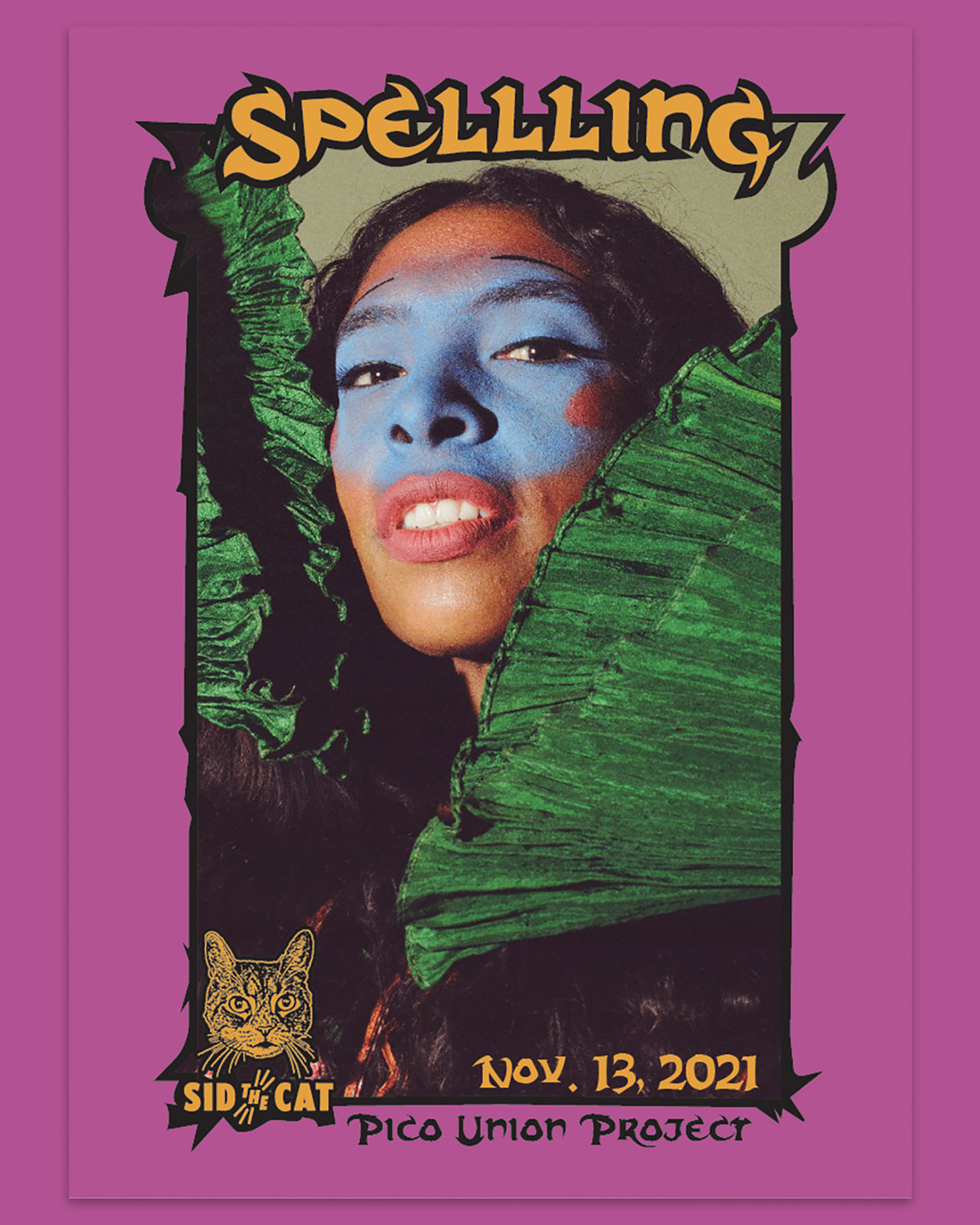 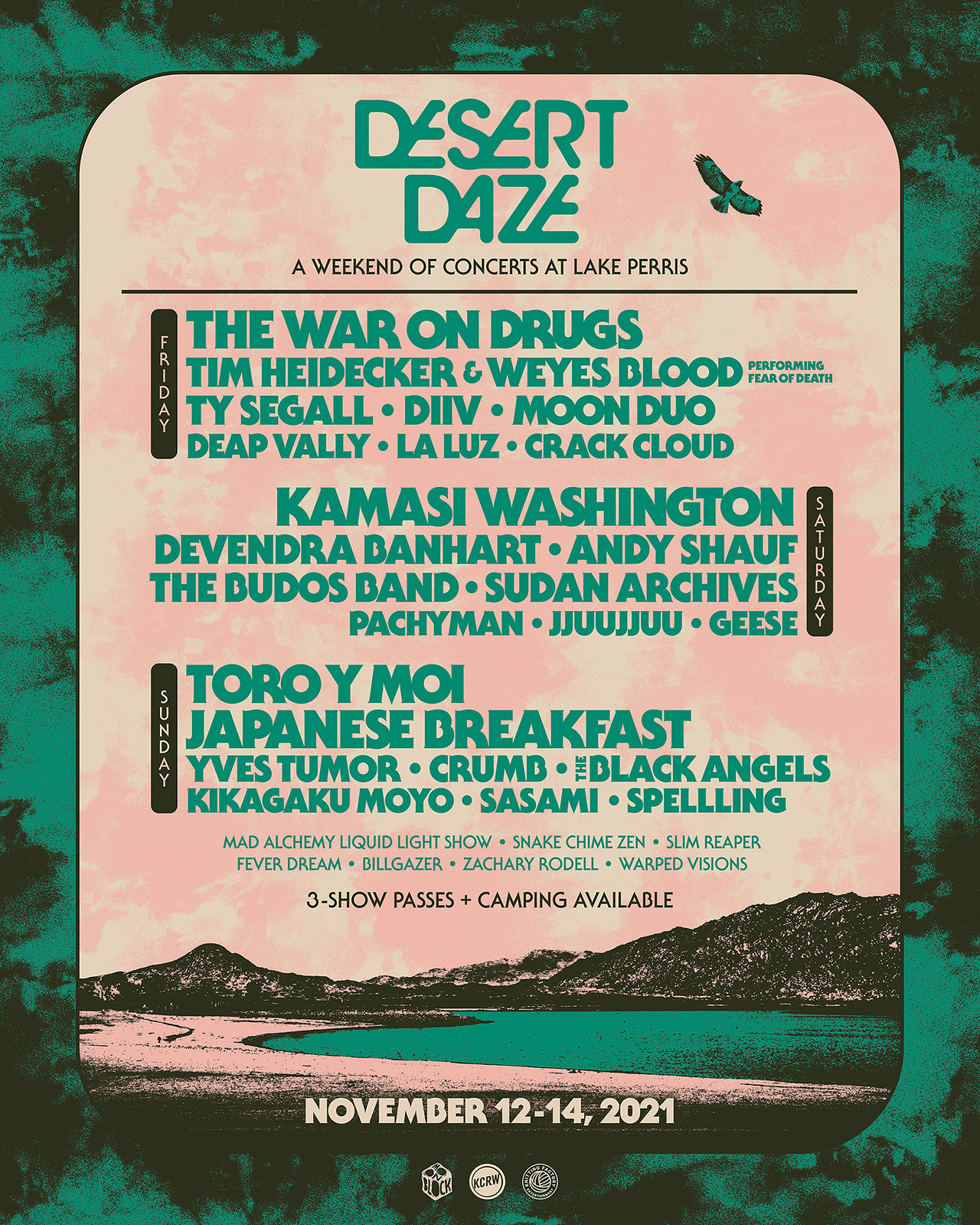 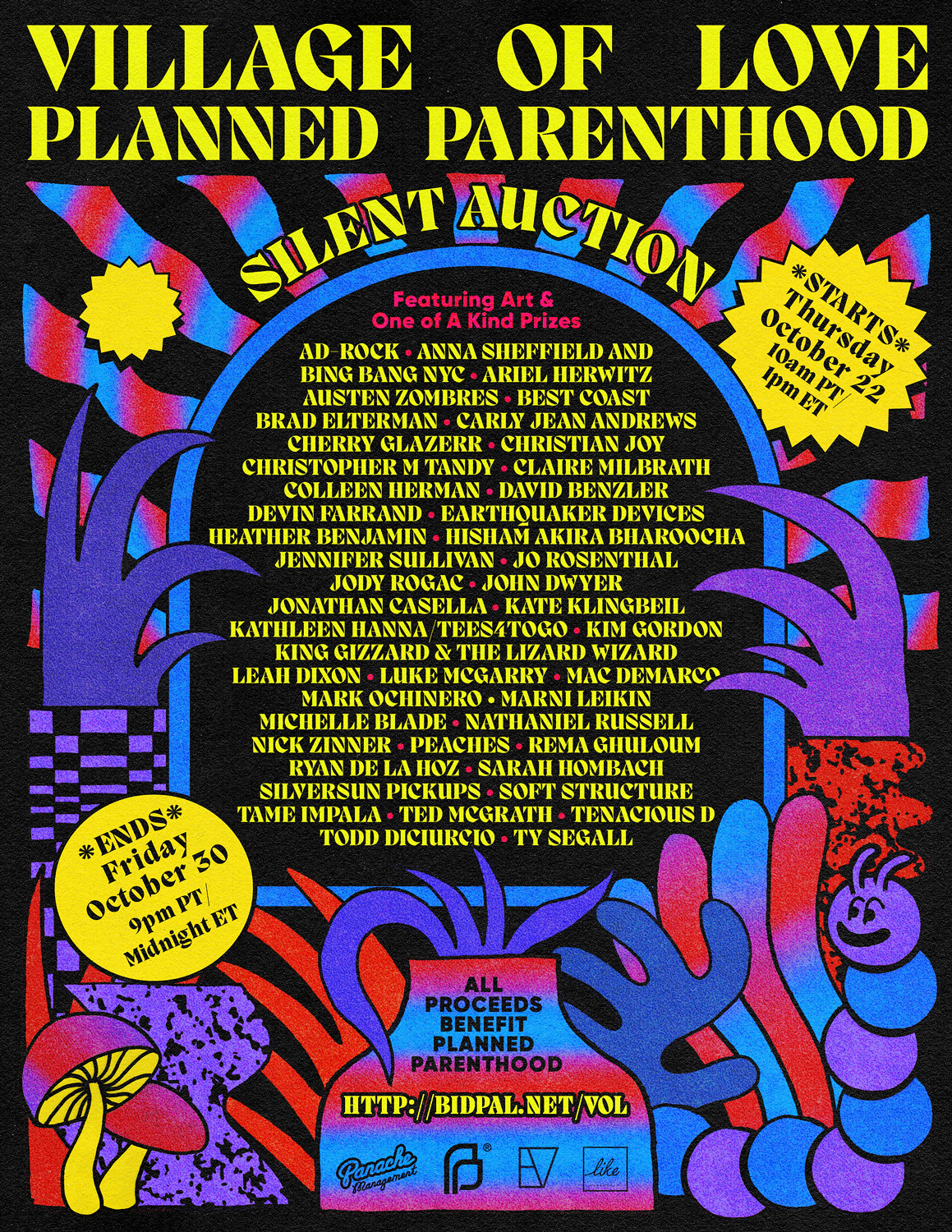 The Village of Love Silent Auction is part of the VILLAGE OF LOVE Planned Parenthood Benefit Concert taking place this Sunday, October 25th 2020 from 6pm to 9pm PST.  For the last eight years, Panache has hosted Valentine’s Day concerts across the country to raise money and awareness for Planned Parenthood. This is our first online event.  Earlier this year, The Village of Love Benefit Series raised over $40,000 through performances in Los Angeles, New York, Chicago, San Francisco, and Miami.  Now, Panache is thrilled to be joining forces with their friends at Like Management & Ed. Varie to organize our first-ever silent auction. The silent auction features Artwork, One of a Kind Prizes & Music Memorabilia.

Now is a really crucial time, more than ever that we need to support Planned Parenthood. As we face an election that will determine the future of access to sexual and reproductive health care it is vital that Planned Parenthood has the resources to continue providing care and expanding their advocacy efforts, including crucial outreach to get out the vote. By bidding on item (s) at our auction, you will be helping provide healthcare to all. 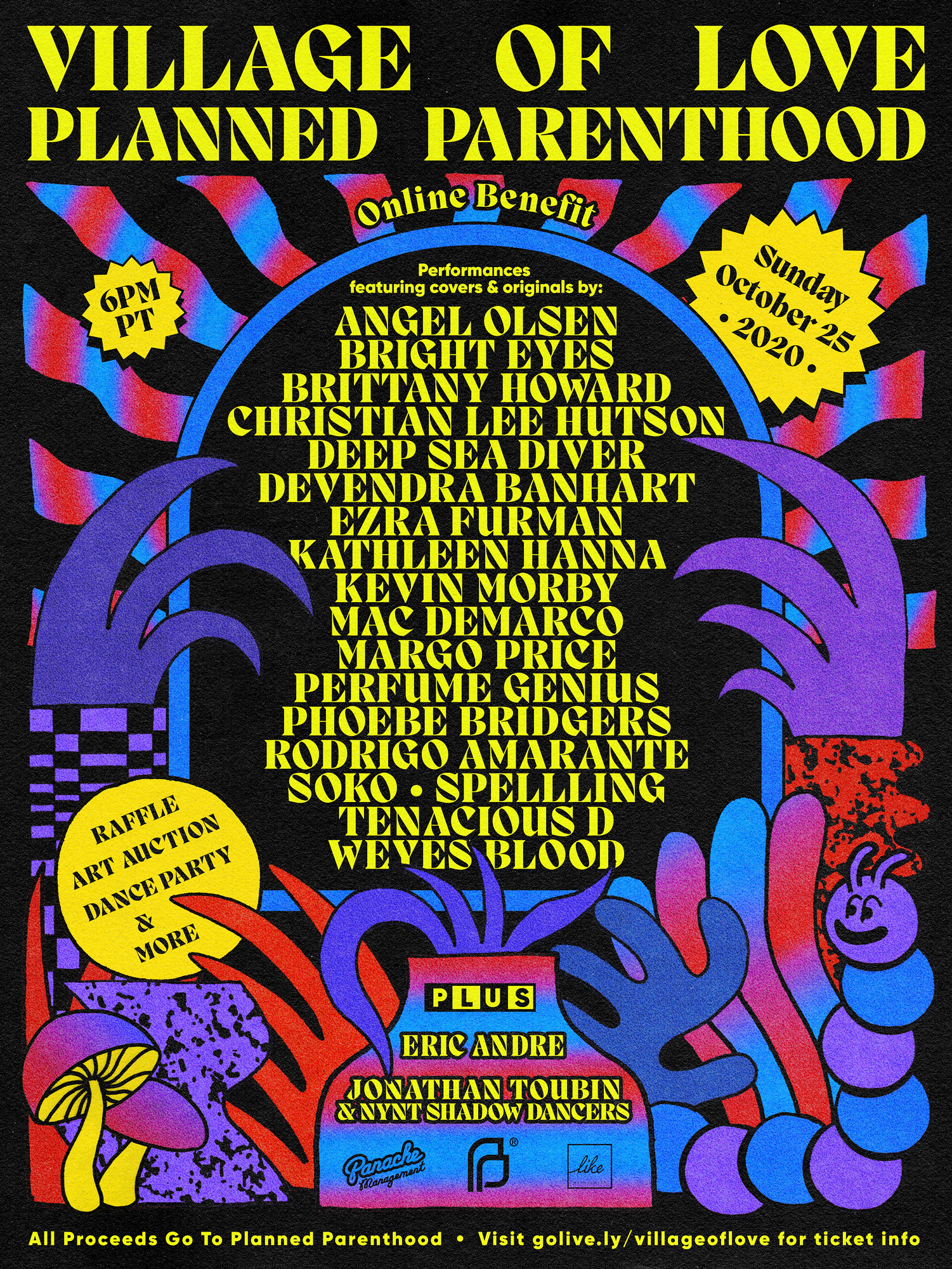 Panache is excited to announce the first-ever online VILLAGE OF LOVE Planned Parenthood Benefit Concert taking place Sunday, October 25th 2020 from 6pm to 9pm PST. For the last eight years, Panache has hosted Valentine’s Day concerts across the country to raise money and awareness for Planned Parenthood. Earlier this year, The Village of Love Benefit Series raised over $40,000 through performances in Los Angeles, New York, Chicago, San Francisco, and Miami. Now, Panache is thrilled to be joining forces with their friends at Like Management and Live.ly to organize Village of Love’s online debut.

The event will feature renowned musicians from across the country, including Angel Olsen, Brittany Howard, Phoebe Bridgers, Kathleen Hanna, Weyes Blood, Kah-lo, Tenacious D, Mac DeMarco, and more performing originals and covers of their favorite songs. Additionally, there will be a raffle with fabulous prizes, a silent auction, a Dance Party Room, and other surprises. All proceeds will benefit Planned Parenthood of Los Angeles and New York.

Planned Parenthood needs our support more than ever. As we face an election that will determine the future of access to sexual and reproductive health care, it is vital that Planned Parenthood has the resources to continue providing care and expanding their advocacy efforts, including crucial outreach to get out and vote. 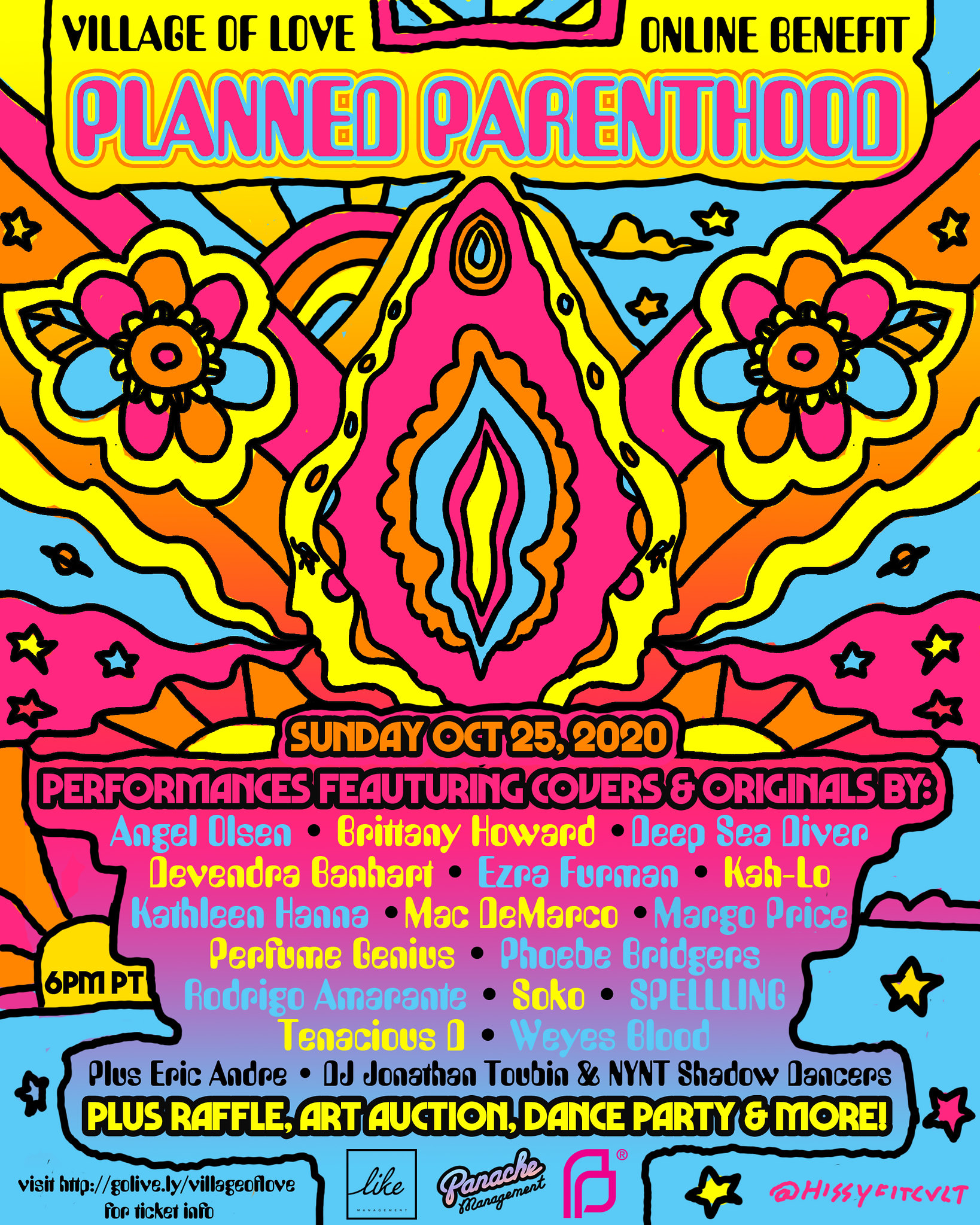 Panache is excited to expand the Village of Love, their annual Planned Parenthood Benefit concert on Valentine’s Day to five cities this year. It will be returning to LA, Ny and Chicago as well as debuting in SF and Miami. All proceeds to go the local Planned Parenthood of that city.  LA is sold out but tickets are available at the rest of the events! 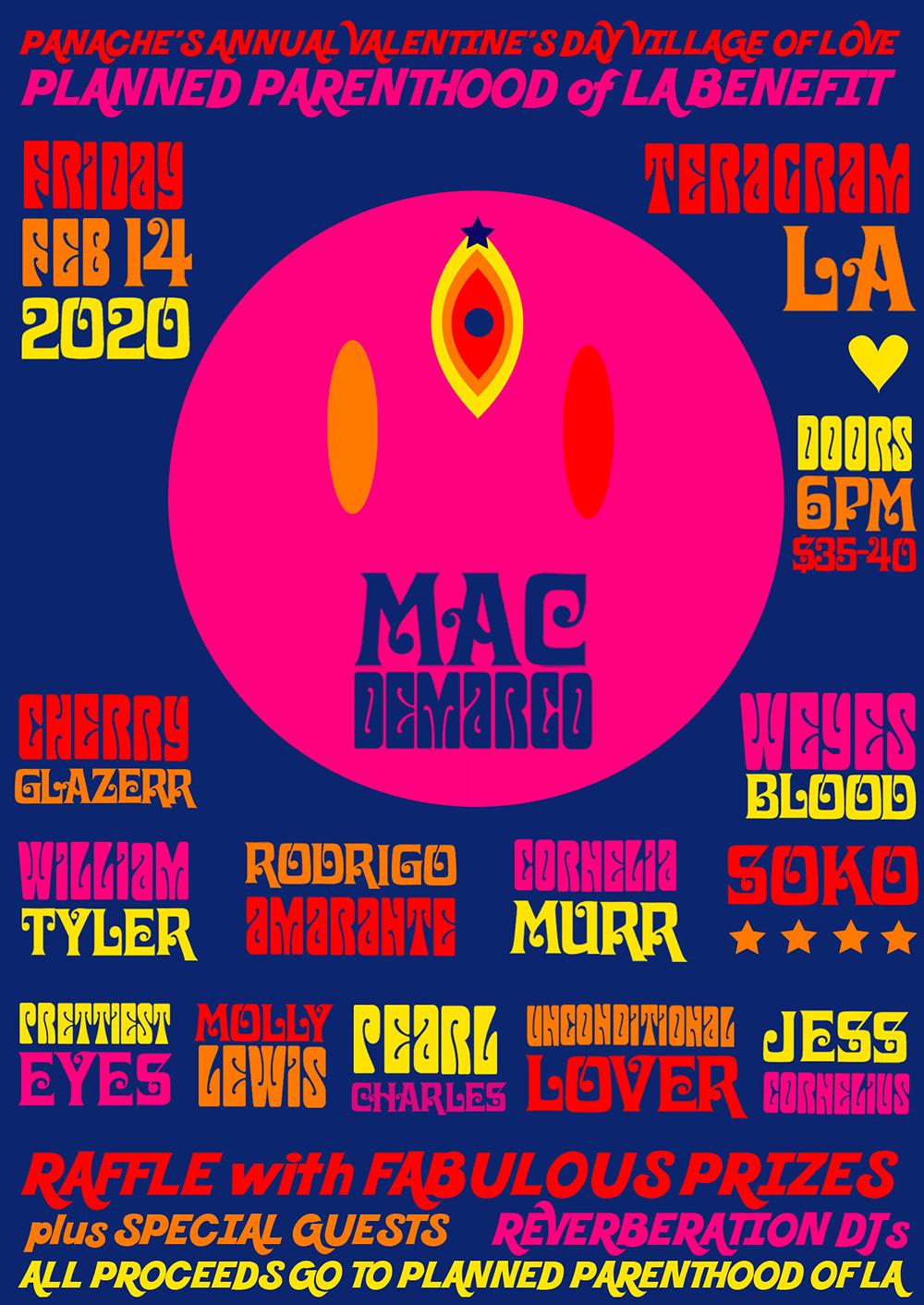 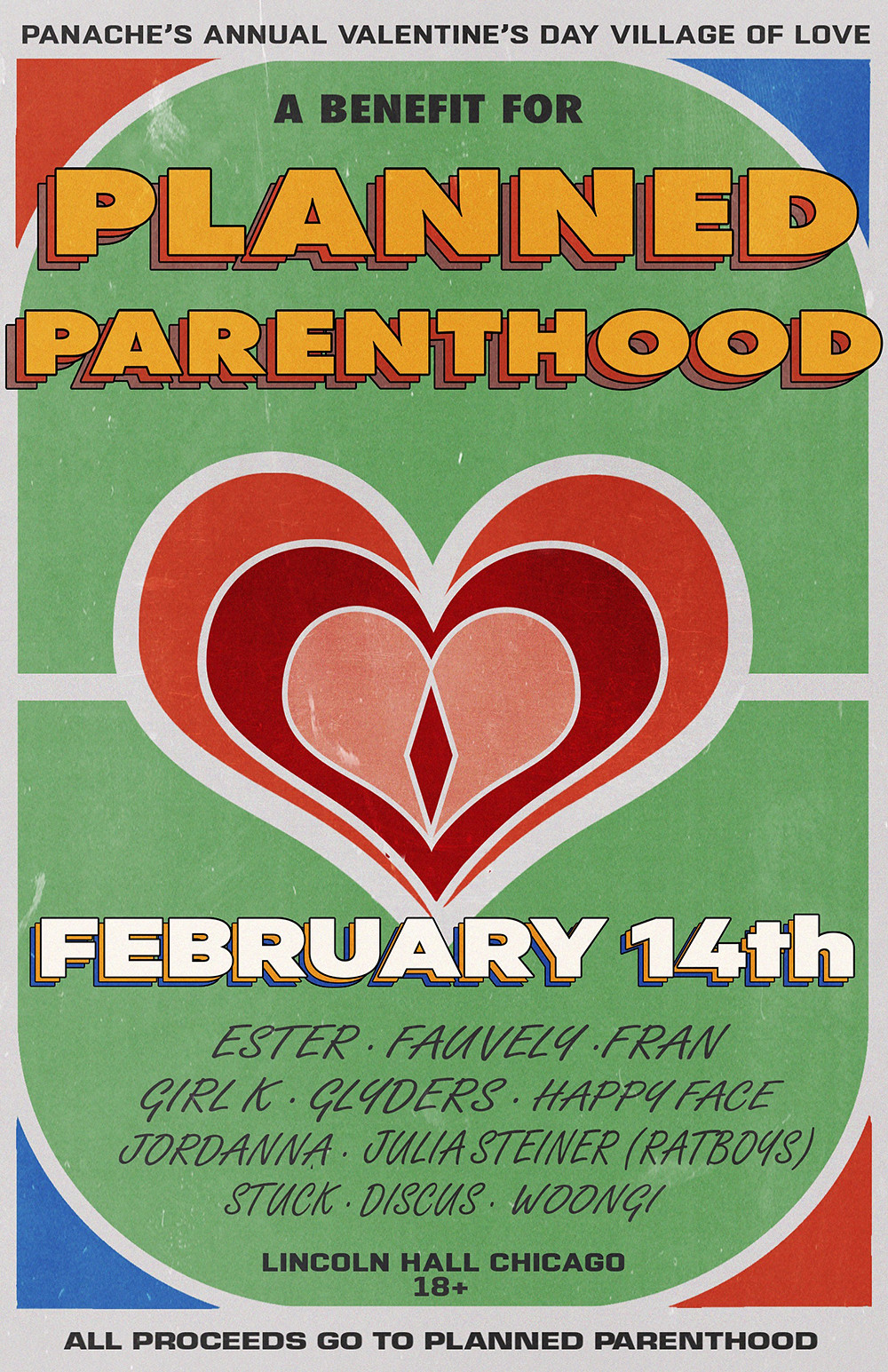 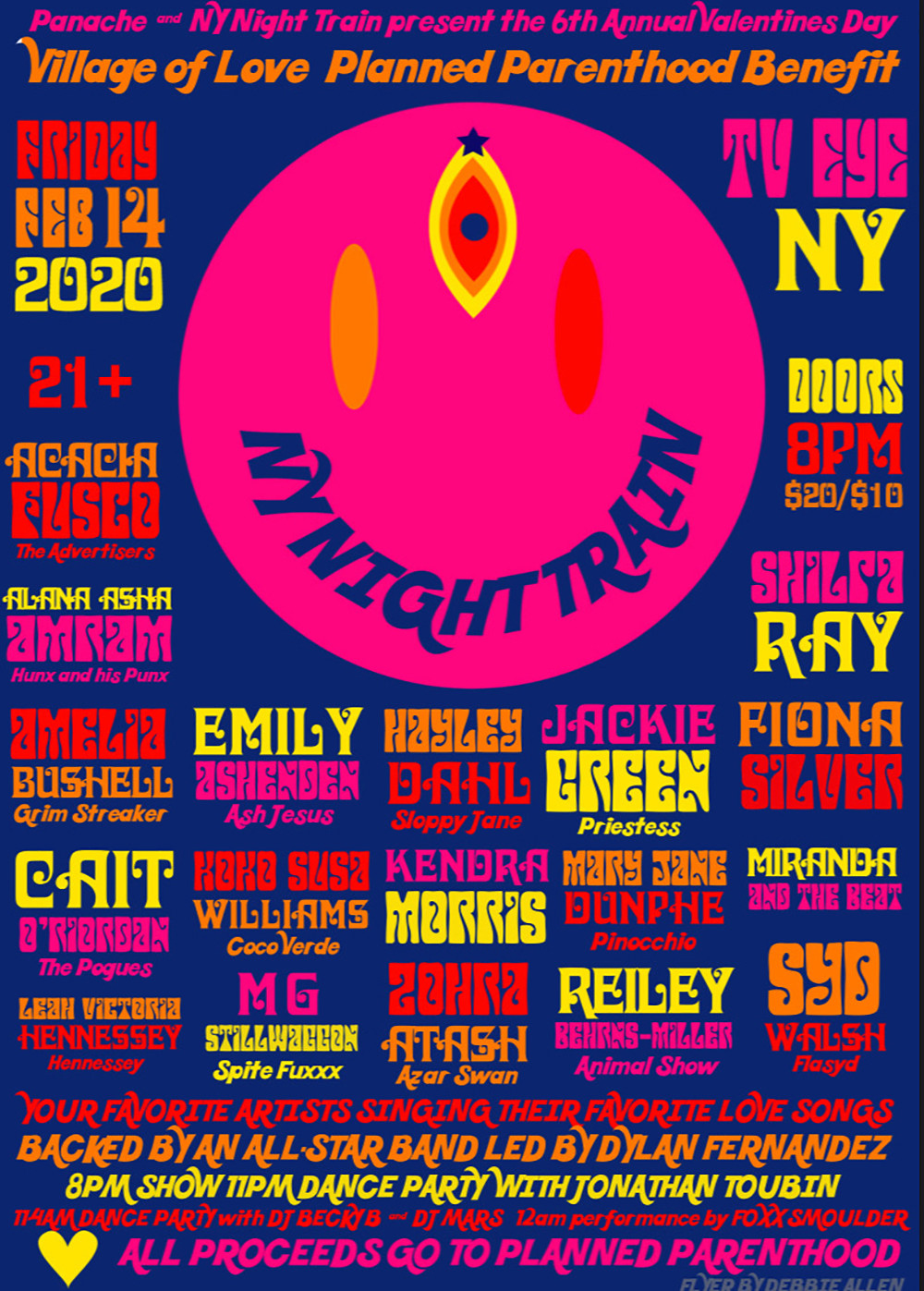 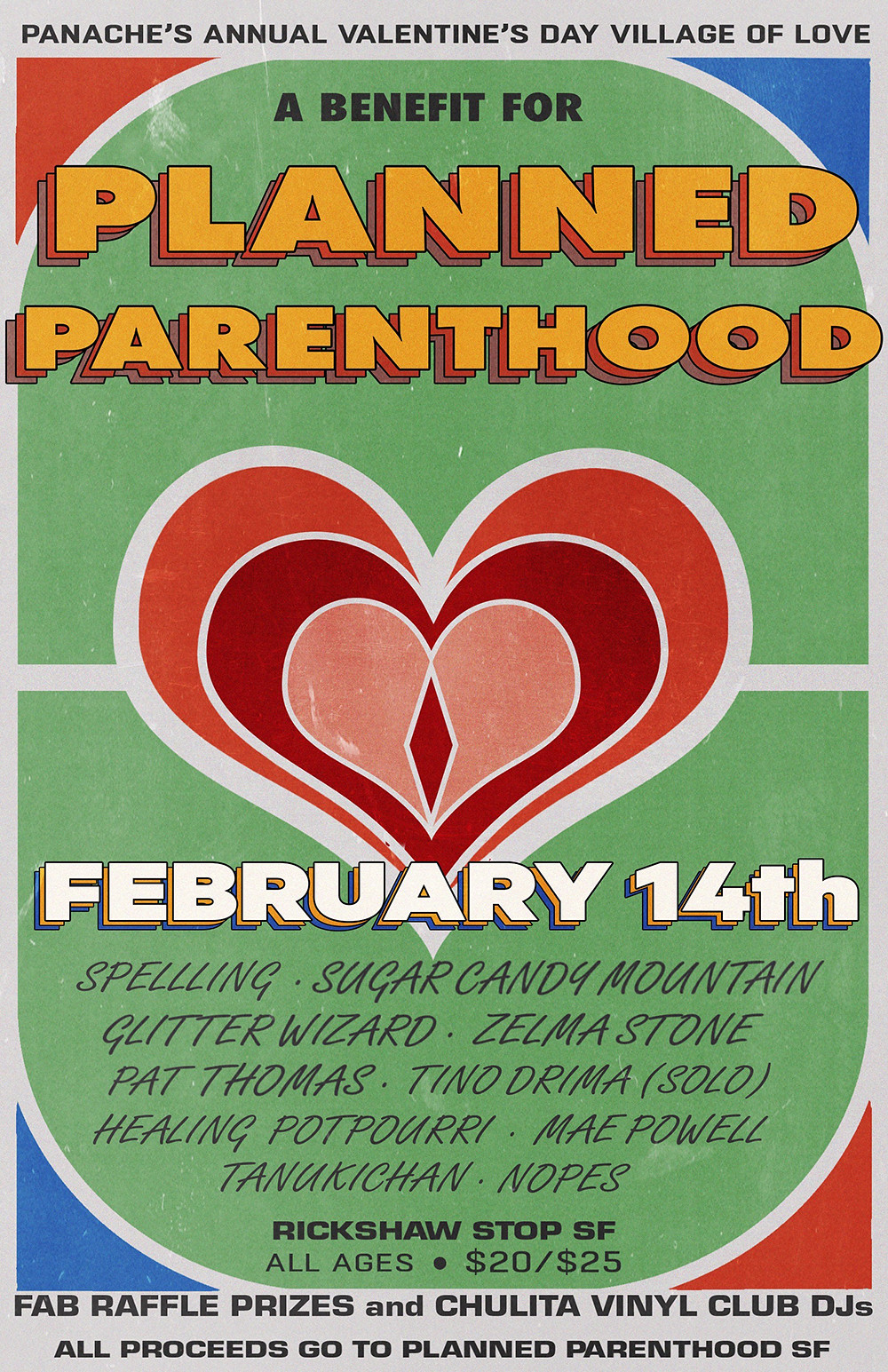 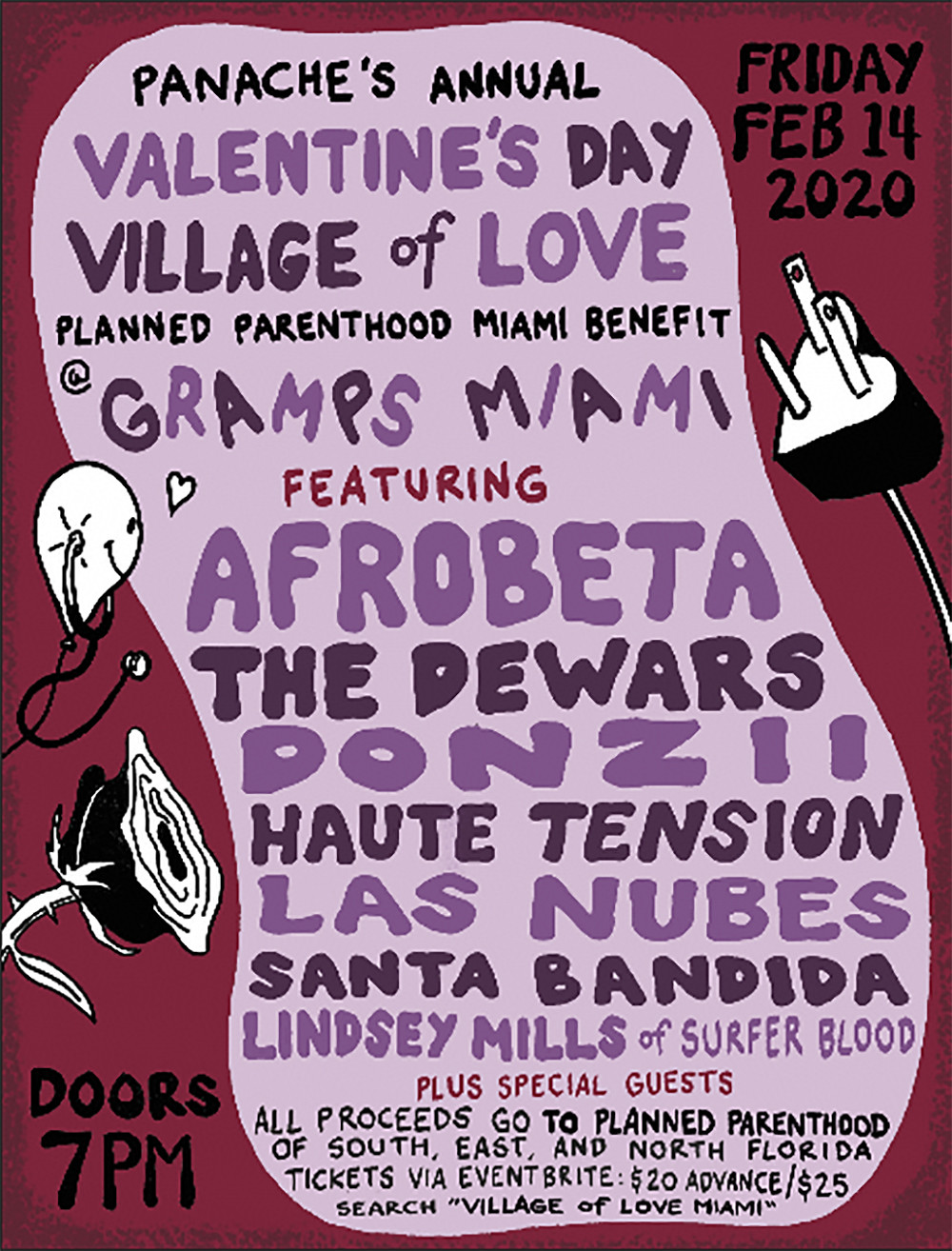 Crack the coffers, Osees have spawned another frothy LP of head-destroying psych epics to grok and rock out to. You’ll notice the fresh dollop of organ and keyboard prowess courtesy of “Memory of a Cut Off Head” alum and noted key-stabber Tom Dolas…the Quattrone/Rincon drum-corps polyrhythmic pulse continues to astound and pound in equal measure, buttressed by the nimble fingered

‘King Gizzard & The Lizard Wizard have shared another song from Butterfly 3001, their album featuring remixes of songs from their 2021 album Butterfly 3000. “Black Hot Soup (DJ Shadow ‘My Own Reality’ Re-Write)” is the opening song from the album and it arrives today with a new video directed by John Angus Stewart. ‘

“DJ Shadow’s take on “Black Hot Soup” — which follows the new record’s lead singles, “Neu Butterfly (Peaches Remix)” and “Shanghai (The Scientist Dub),” both released last month — is indeed an obliteration of King Gizzard’s characteristically free-wheeling, psych-rock version. Shadow’s “reality” of the track retains elements of the original, but it’s set in his own world of breakbeats and vinyl scratches.”

“With his remix, Shadow has turned “Black Hot Soup” into a classic Shadow banger, a breakbeat-driven funk workout that only takes a few elements from the original track. Shadow’s “My Own Reality Re-Write” of the song layers tumbling drums over a heavy bassline and a whole lot of record-scratching, and it sounds like a beautiful circa-1997 vision of a future that sadly never came to pass.”

“In awesome late-‘90s style, DJ Shadow grabs hold of one line from King Gizzard’s original and turns it into an entirely new, banging club track full of breakbeats, killer basslines and lots of turntablism. The remix also comes with great music video made by John Angus Stewart that stars Australian radio DJ, humorist, and filmmaker John Safran as an aging club kid who is past his prime but still goes hard. It’s one of those videos, like Spike Jonze’s video for Fatboy Slim’s “Praise You,” that make the song better.”

‘King Gizzard & The Lizard Wizard are releasing a remix album, titled Butterfly 3001, which will be out January 24 via KGLW. It features remixes and reworks of songs from this year’s Butterfly 3000 by DJ Shadow, The Flaming Lips, DāM-FunK, Geneva Jacuzzi, Peaches, Peaking Lights, Confidence Man, Kaitlyn Aurelia Smith, and more.’

‘Released by the band’s KGLW label, Butterfly 3001 contains 21 new versions of tracks from the band’s 18th album, Butterfly 3000. The remix album, which is spread over four pieces of vinyl, will be released on January 21st, six months after the original album release.’

‘“We’ve put off doing a remix album for a long time,” King Gizzard & The Lizard Wizard explain. “Maybe it was conscious, maybe it wasn’t. But it’s happening now. That’s not to say that Butterfly 3000 makes the most sense to remix. It might seem like the obvious one, but it’s not. Yes it’s electronic. But so is a fridge.”’

‘Earlier this year, we deemed King Gizzard & the Lizard Wizard’s album Butterfly 3000 “the least King Gizzard-sounding record of theirs yet,” and the prolific outfit will further their experimentation with a star-studded crew of collaborators on a new remix collection.’

‘Chrystia Cabral’s music encircles scenes of love and harmony with the threat of what lurks beyond their light: wolves at the edge of town, snapping at the gates. ‘

‘On her third album as Spellling, the Bay Area-based wizardess Chrystia Cabral employs the language of myth, magic and fancy to illuminate her reality as an empathic artist negotiating the realities of a world that’s multifariously on fire.’

‘The trek will see the Aussie psych-rockers traversing across Europe and the North and South Americas, while hitting festivals such as Lollapalooza in Argentina and Brazil, Primavera Sound, and Shaky Knees. During the latter part of their tour, King Gizzard will play some of their biggest venues yet, including a two-night stand at Red Rocks Amphitheatre in Morrison, Colorado, and Forest Hills Stadium in New York City.’

‘Beginning next March at Lollapalooza Argentina in Buenos Aires, the psychedelic rock band is scheduled for some of their biggest festival appearances, including shows at Shaky Knees and Primavera Sound. Also taking on some of their largest venues yet, King Gizzard are returning to Red Rocks Amphitheatre for a two-night sold-out stint. The Red Rocks and shows at the Greek in Berkeley, California are set to be the band’s famous three-hour marathon concerts.’

‘King Gizzard & The Lizard Wizard have announced a 2022 world tour in support of their latest LP Butterfly 3000, kicking off on March 19 at Lollapalooza Argentina. They’re supported by Amyl and the Sniffers, Spellling, Dj Crenshaw, Leah Senior, and the Murlocs.’

‘One of the most prolific artists of the last decade, rivalling the output of Oh Sees and Robert Pollard, Ty Segall emerged from a two-year hibernation earlier this month, surprising the world with Harmonizer which he released to the world with no advance notice.’

‘The album distinguishes itself from the Segall catalog with extra-punctuated parts that slam into the ears, a calculated continuity enhanced by tracks that transition seamlessly, and a bunch of laser sounds.’

‘On “Whisper,” Segall mangles synthesizers until they sizzle and melt down into guitar-like lava. Combining sludgy stoner metal, electronic textures and sugary-sweet harmonies, Segall basically remakes heavy music into his own funhouse image. At the end, “Whisper” suddenly lurches into a slower gear, heading off in another direction.’

‘The 10 compositions of Butterfly 3000 work together as a whole, interlocking with each other through synth loops and feathery, dreamy vocals. With Butterfly, King Gizz is less of an experimental prog-jam band standout and more in step with its synth-rock contemporaries—and they fit in just fine.’

‘The orchestral title track from Tia Cabral’s third album as SPELLLING is plenty dreamy on its own, but the woodsy, self-directed video neatly rounds off her fairytale vision. ‘

‘The elegant collection of twelve songs builds on the bewitching synth-based sound she’s consistently refined since 2017’s Pantheon of Me, evolving in terms of lyrical complexity, sonic richness and conceptual depth. Born largely of the past year spent in isolation, these shifts all serve to signal the exponential potential of Cabral’s creative capabilities.’

‘The myth-skewing, Oakland-based artist is a chameleonic pop singer on her third album. Whimsical and urgent, these are fairy tales meant to wake us up.

The 11 projects you should stream now - SPELLLING

‘We loved “Little Deer,” the immutable lead single from Oakland avant-pop artist Spellling. Her new project is entirely self-produced and enlists the talents of 31 different musicians.’

How Dracula, Tarot Cards, and Drinking in the Shower Inspired SPELLLING’s New Album

‘Tia Cabral is a shapeshifter, with an eye and ear tilting toward the fantastical. In the visuals for her experimental pop project SPELLLING, she has appeared as an entity dipped in glittery goo, a rodeo princess, and a silver-faced harlequin. In her new short film for “Turning Wheel”—the title track of her enchanting new album—Cabral leads a gaggle of circus-chic misfits up a grassy knoll, a butterfly perched on her lavender cheek.’

Album of the Day: SPELLLING, “The Turning Wheel”

‘The Turning Wheel is inspired by a multitude of genres, “from soul to psych to pop to noise” according to the record’s liner notes, which she knits together to gradually transport listeners from an airy high to a heavy low. It’s all done in a theatrical fashion, each scene connected by raw emotion.’